This is the v0.9.1 release of Board-at-Desk, Single Developer, a Virtual Machine provisioned using Vagrant with Virtualbox as the hypervisor, that includes the following tooling:

These have been some of the most important actions taken to make LAVAv2 and KernelCI work on a single VM to test kernels in a board locally connected to the machine:

It has therefore been amended so that:

Board at Desk now supports Windows 10 as a host - individual instructions for this host are listed at relevant places within the wiki instructions. 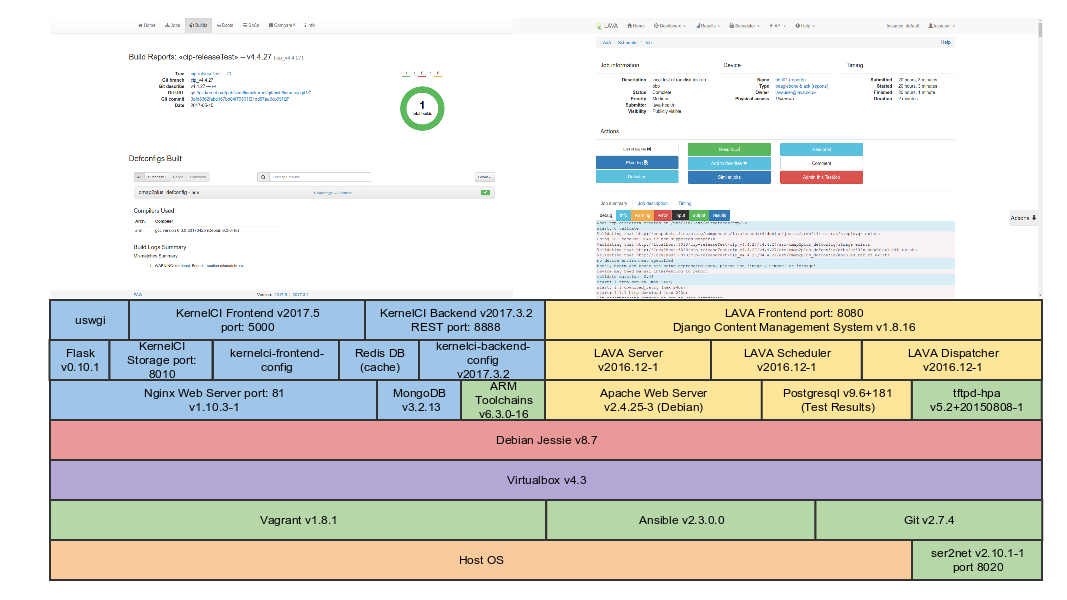 KernelCI components included in this 0.9.1 release are:

LAVAv2 components included in this Board at desk - Single Developer v0.9.1 are:

Note that we are not using the most recent version of LAVAv2: because we are using the version included in Debian Jessie (backports)

Other tools used in Board at desk - Single Developer v0.9.1

This tutorial assumes that you have the following installed on the host machine:

otherwise the installation may fail.

Instructions to deploy and configure B@Dv0.9, connect it to the board and test

Follow this instructions to deploy and configure B@D, connect the board and test the reference examples:

Links relating to the B@D tooling

Back to the parent page